The South Dunwich Community Hall was built in 1946 on land given by the United Church on the south side of Highway 3 and the Gordon Street. The building was moved from the Fingal Airport and put on a foundation. The hall is owned by the Township of Dunwich and operated by a board of trustees.

The Red Maple tree in front of the hall was planted in the yard of the community hall in 1996 in memory of Gertrude Sloan by the Wallacetown W.I. She was a member for 30 years and served as Secretary and Treasurer for 20 years in the branch and helped with the Tweedsmuir Workshop for London Area W.I. 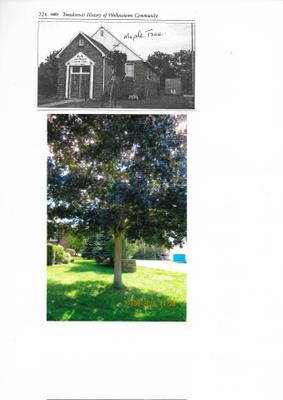