Each April there is a Town clean up campaign and at that time the WI looks after picking up any debris in the area of the Cenotaph also as a small community project.
Date of Publication
1918
Subject(s)
Monuments & memorials
War
Women's Institutes
Language of Item
English
Geographic Coverage
Donor
Barbara Stones
Copyright Statement
Copyright status unknown. Responsibility for determining the copyright status and any use rests exclusively with the user.
Contact
Federated Women's Institutes of Ontario
fwio@fwio.on.ca
http://www.fwio.on.ca
552 Ridge Road
Stoney Creek, ON L8J 2Y6
905-662-2691
Full Text 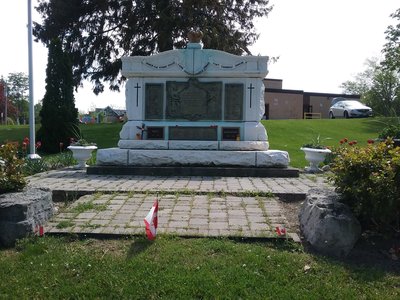